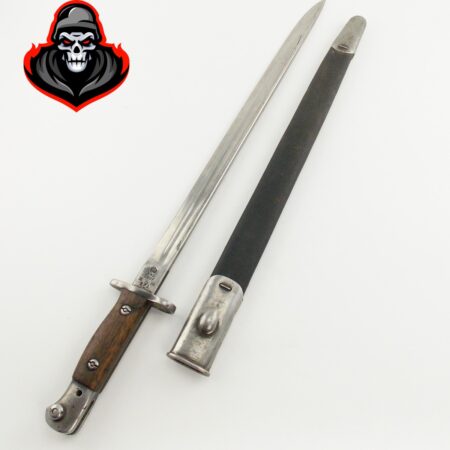 Here we have a hard-to-find original British Remington WWI Pattern 1913 Bayonet with Scabbard (also original). This is a original item and only 1 is available.

Questions? Request a Call Back 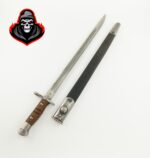 POOR Based on reviews.

Jacob
M1 infantry helmet I was very pleased with the customer service and fast shipping! This M1 infantry helmet is as close to an original as you can get without destroying history in any way for reenacting! The corking texture is 100% accurate, I would recommend these helmets to anyone!

Here we have for sale an British WWI Pattern 1913 Bayonet with Scabbard (also original). This is a original item and only 1 is available. This bayonet was made by Remington.

The person who we got this bayonet from was a US Veteran and brought these home from Afghanistan.

This is a wonderful piece of World War I history! It’s ready to research and display!

Shipping
This bayonet will be shipped the same day of ordering is before 5 PM MST. We ship all packages safely via USPS wrapped up and marked with fragile stickers. You will be emailed a USPS tracking number as soon as your order is shipped.

Contracts for the production of the Pattern 1913 Enfield rifle were awarded to the United States arms manufacturers Winchester, Remington and Eddystone. To accompany those rifles, Remington manufactured the 1,243,000 Pattern 1913 bayonets and Winchester produced 225,000.