Have you ever wondered how Stahlhelme (German for “steel helmets”) are made? Well luckily Die Deutsche Wochenschau (German for “The German Weekly Review”) made a video of the process in circa 1940. We are currently trying to find the original version of the film and once we do we will translate the film into English with a detailed description of how the German helmets were made back then. In the meantime here is a lower quality film with no translation, we still hope you enjoy 🙂

Below is a display of the different stages the M16 (1916-1918) helmets go through during production: 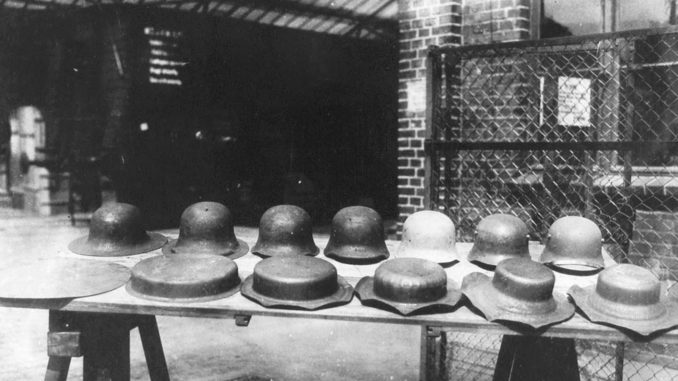 Stahlhelm, the stages of the helmet-making process of Stahlhelms for the Imperial German Army, 1916

So what is “Die Deutsche Wochenschau”?

Die Deutsche Wochenschau (German for “The German Weekly Review”) was the German newsreel propaganda production and distribution company during Nazi rule. Back then newsreels were usually shown before feature films.