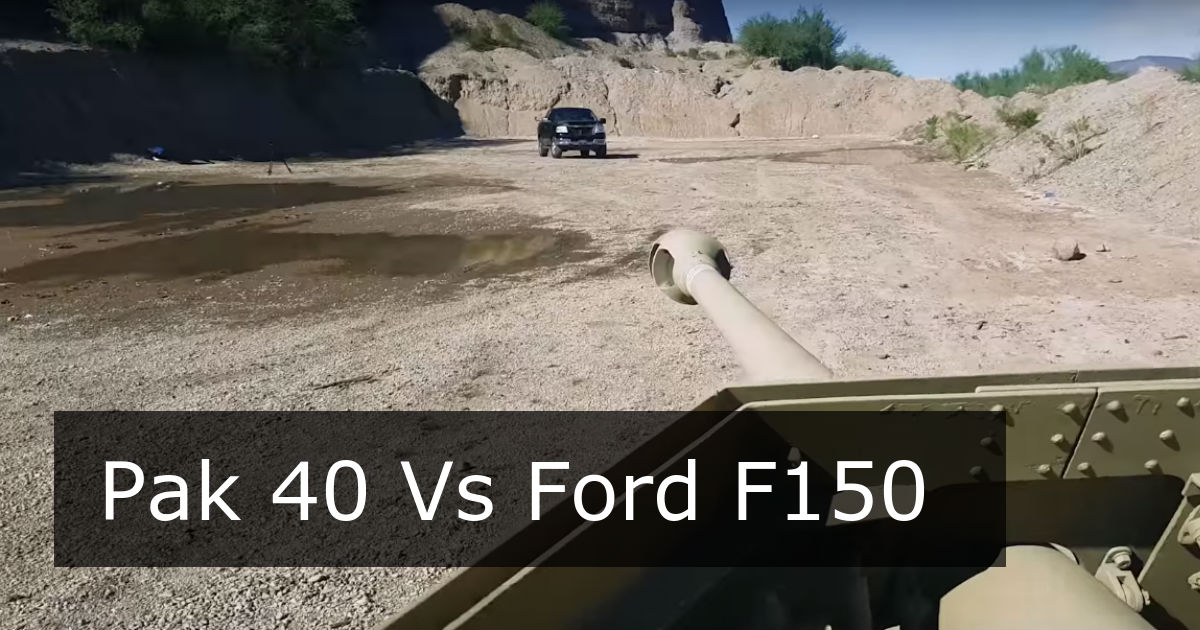 Check out the video below of the Fullmag crew destroying a Ford F-150 with a Pak 40. If you have any questions about the Pak 40, feel free to leave a comment.

I asked Dan, the owner of the Pak 40, how much it costs to shoot it, and he said it costs around $100 to reuse a shell. The projectile is usually destroyed, so the costs is for the powder, projectile, and primer. To have a whole new round made, it costs around $450 for everything.

Did you like the video? Leave a comment below and let us know what you think of it. 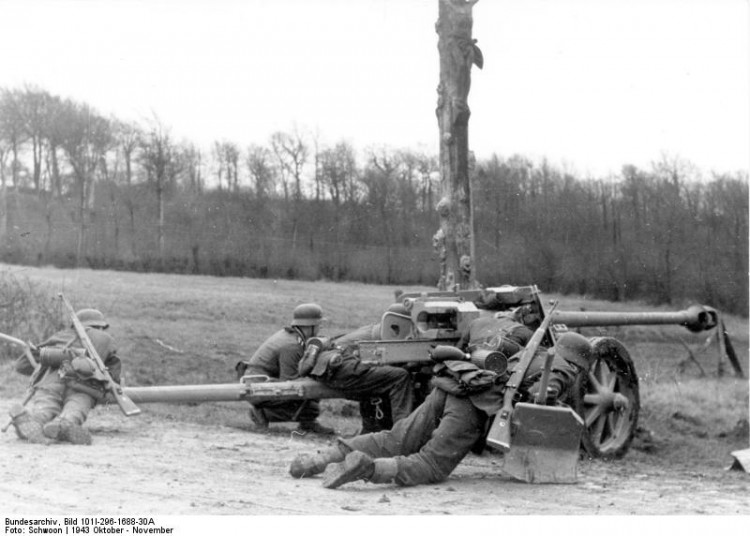 ^^ (Above Photo): German soldiers using a Pak 40 in October of 1943, notice how 2 of the soldiers have to apply their body weight on the gun.