A handful of of WWII era tanks were found in Iraq after the 2003 US led invasion. Some of the tanks include: CV33 Tankette, Mark VIB light tank, Mk IV Churchill, M4 Shermans, M24 Chaffees, M36 Jackson Tank Destroyers, and even M8 Greyhounds. Some of the tanks were used by the Iraq army before the 2003 Iraq war, and some were just collectors. Check out the video below for more photos and info about WWII era tanks in Iraq.

A lot of current armies still use WWII era vehicles, such as Colombia and Mexico still using US made M8 Greyhounds, see below photos: 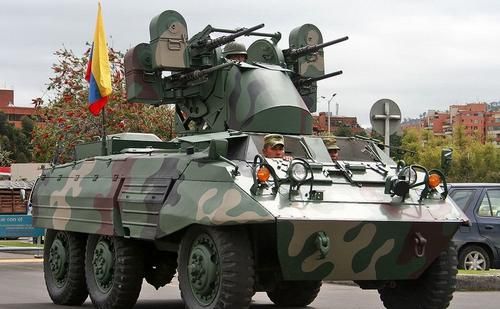